Climate change will be top of the agenda when the world’s leaders meet in New York this week. But what else will be discussed at the annual United Nations General Assembly?

What is the United Nations and what is its General Assembly?

The United Nations is an international organisation formed at the end of World War Two in 1945, with the aim of keeping peace around the world.

It now includes 193 countries that are full members and two non-member states – the Holy See (the area under the Pope’s jurisdiction) and the State of Palestine.

The UN’s General Assembly (UNGA) is one of six different groupings in the organisation and the main one for deciding what it should do. It is also the only one in which all of the 193 UN members are represented.

Its annual conference takes place over a fortnight every September at the UN’s headquarters, and the General Debate takes four days in the middle.

What will be discussed in the General Debate?

A variety of topics, from drug problems to security, are discussed at the event.

This year, there will be talks on speeding up the adoption of its goals on sustainable development – which aims to meet the needs of present generations without reducing the ability of future generations to meet theirs.

It is the first UN summit on the subject since it was adopted as policy four years ago.

Thursday is set aside for talks about eliminating nuclear weapons across the world. The debate will wrap up on Friday with discussions about the challenges faced by small islands, which include geographic and economic isolation and environmental fragility.

What could make the headlines this week?

Some of the biggest headlines are made away from the main chamber when world leaders meet others by design, or unintentionally.

Boris Johnson is attending his first conference as UK Prime Minister and could end up in more talks over Brexit with some of his counterparts.

On the eve of the debate, a climate action summit was held at which 16-year-old activist Greta Thunberg told world leaders: “You have stolen my dreams and my childhood with your empty words… How dare you?”

India Prime Minister Narendra Modi said the world was not doing enough to tackle climate change. “What we need is global behavioural change,” he said.

How does it work?

Tradition dictates that the first speaker is always the Brazilian leader, or their representative, followed by the host country, the US.

Brazil kicks off the event because in the assembly’s early days when nobody wanted to go first, it often put itself forward as the first speaker, and this then became routine.

President Jair Bolsonaro is in line for the privilege this year, on his summit debut, although recent hernia surgery has cast doubt over his attendance. He is due to be followed by US President Donald Trump. 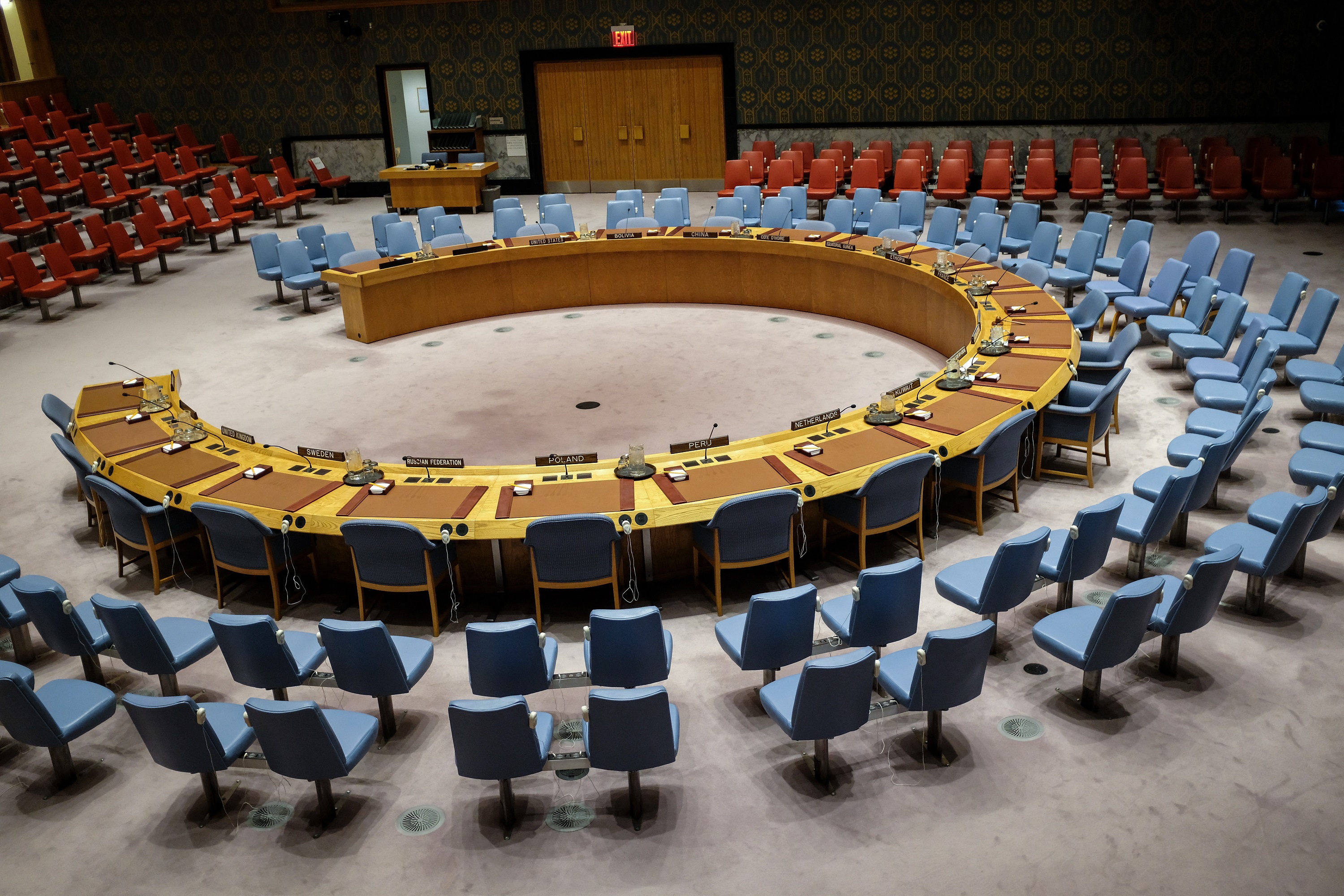 During the event, every country’s leader, or their representative, will address the assembly, with the order of speakers determined by level of representation, preference and other factors, such as geographical balance.

Speakers are asked to keep their statements to under 15 minutes, although this is regularly ignored. Cuba’s Fidel Castro holds the record for the longest General Assembly speech – four-and-a-half hours, in 1960.

The delegates sit in alphabetical order, according to the English translation of their names, but the country in the first seat is always selected by the UN secretary-general – and this year it is Ghana.

Who will and won’t be there?

By the end of last week, more than 90 world leaders had pledged to attend.

These include Mr Johnson, Emmanuel Macron, of France, and Ukraine’s Volodymyr Zelensky.

But Vladimir Putin, of Russia, China’s Xi Jinping and Israel’s Prime Minister Benjamin Netanahyu will not be present.

The president of the UNGA is elected annually, and this year it is Nigeria’s Tijjani Muhammad-Bande.

There have been a few.

In 2006, Venezuelan President Hugo Chavez called then-US President George W Bush “the devil” in a speech at the UNGA.

He said that the podium, which Mr Bush had spoken from the previous day, “still smells of sulphur”.

Three years later, Libyan leader Colonel Gaddafi spoke for more than an hour and a half and at one point complained about delegates leaving the conference hall.

He also accused major powers of betraying the principles of the UN Charter, before later throwing a copy of it on to the ground.

More recently, in 2017, Mr Trump said of North Korea leader Kim Jong-un: “Rocket Man is on a suicide mission for himself.”

Trump Fraud Inquiry’s Focus: Did He Mislead His Own Accountants?

Ex-Senator David Perdue to Run for Governor of Georgia