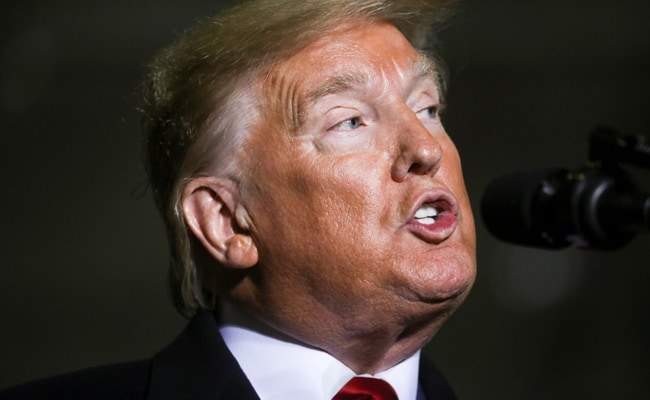 President Donald Trump thumbed his nose Sunday at critics angered at being kept in the dark over the US killing of a top Iranian general, saying he didn’t need Congressional approval — even for a “disproportionate” strike.

House Speaker Nancy Pelosi has been leading the backlash against Trump’s decision to authorize a drone strike against Qasem Soleimani in Baghdad, an operation that Trump only officially informed Congress about on Saturday — nearly 48 hours after the event.

Two Democratic lawmakers announced on Sunday that they would introduce a new resolution before the House of Representatives that they said would prevent Trump from unilaterally leading the United States into a war against Iran.

But a defiant Trump made light of the calls for him to get Congressional approval in any future military action, saying such notice was “not required” — and then saying his tweet would serve as prior notification if he did decide to strike against Iran again.

“These Media Posts will serve as notification to the United States Congress that should Iran strike any US person or target, the United States will quickly & fully strike back, & perhaps in a disproportionate manner,” Trump wrote.

“Such legal notice is not required, but is given nevertheless!”

While previous administrations have tried to garner bipartisan support for significant military operations by briefing opponents beforehand, neither Pelosi nor the top Democrat in the Senate, Chuck Schumer, were told in advance about the targeting of Soleimani.

A furious Pelosi said that what she called “this initiation of hostilities” was taken “without the consultation of the Congress and without the articulation of a clear and legitimate strategy to either the Congress or the public.”

“As Speaker of the House, I reiterate my call on the Administration for an immediate, comprehensive briefing of the full Congress on military engagement related to Iran and next steps under consideration,” she said in a statement.

Speaking on ABC television, Schumer said he was worried that the president would drag the US into “what he (Trump) calls another endless war in the Middle East”.

“I am really worried, and that is why Congress must assert itself. I don’t believe the president has authority to go to war in Iraq without congressional” approval, he added.

Secretary of State Mike Pompeo said the administration had begun to brief Congressional leaders about the justification for the strike and promised to “keep them fully apprised.”

Asked whether the administration would seek authorization for any new military action, he told ABC television: “We have all the authority we need to do what we’ve done to-date. We will continue to do things appropriately, lawfully, and constitutionally.”

UK voters go to the polls for an incredibly uncertain election which will decide the fate of Brexit
Negotiator for Obama’s Iran Deal: Blame Trump for Embassy Attack